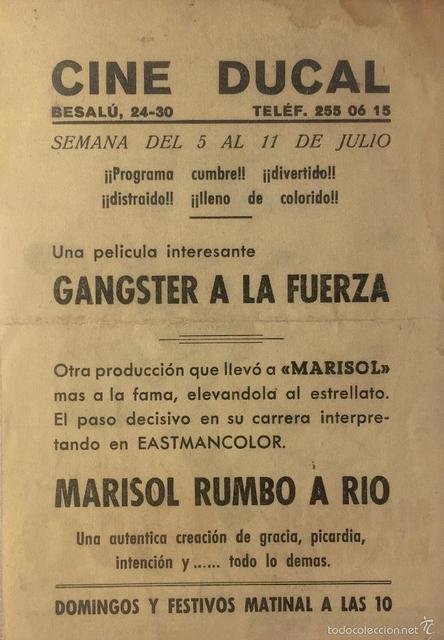 Located in the northeast of the city centre. The Cine Ducal was opened on 22nd September 1956 with two Italian films “Teodora” and “Nuestro tiempo”.