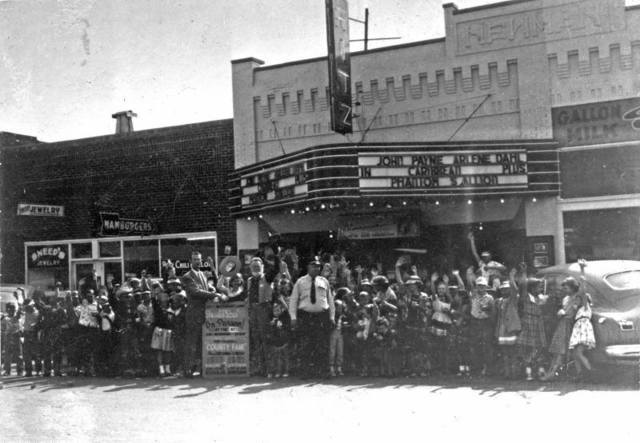 The Ritz Theatre was located in the downtown business district of Skiatook. It was opened by 1936 and was still open in March 1963. The building is currently occupied by Luigi’s Italian Restaurant.

The Ritz was in operation at least as late as March, 1963, when it was still being advertised in the Skiatook Journal (link.)

Skiatook had at least one movie house operating at least as early as 1923, when the March 28 issue of The Film Daily reported that the projectionist in the house had been killed in a fire that destroyed his theater. The replacement for that burned house was probably the New Palace Theatre, the imminent opening of which was noted in the June 16, 1923 issue of Exhibitors Trade Review. It’s also possible that the New Palace was the house that later became the Ritz.