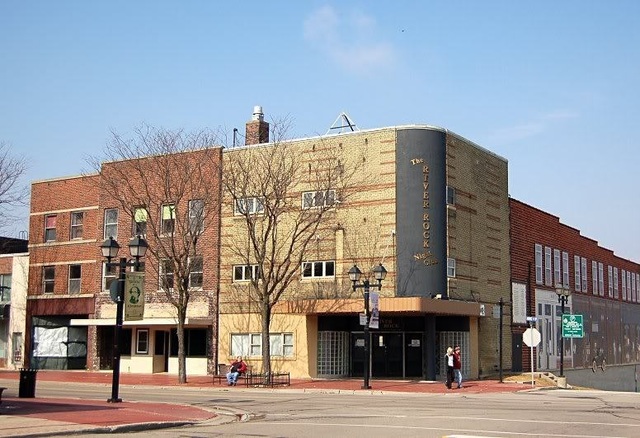 Located on the northwest corner of King Street W and Queen Street. Twentieth Century Theatres opened the Centre Theatre in 1941. Designed by the architectural firm of Kaplan & Sprachman, the Streamline Modern house featured black Vitrolite on the facade and indirect lighting in the auditorium. By the 1960’s it was being operated by Famous Players. Today, the building houses a night club called River Rock.