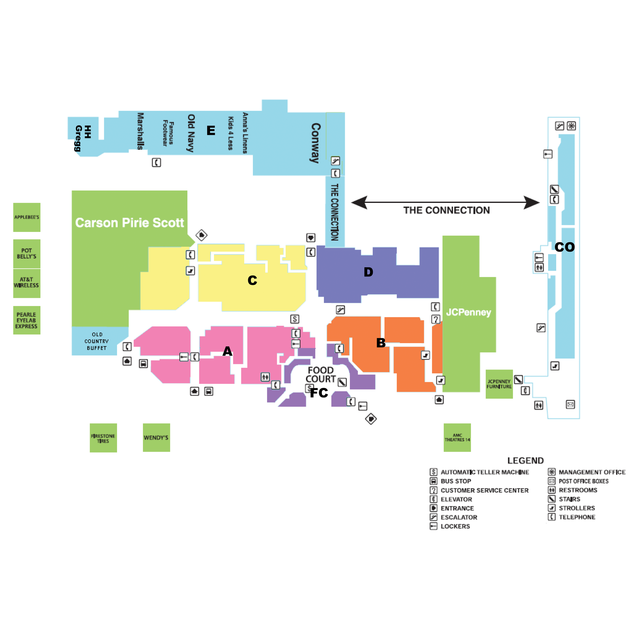 Does anyone know what sits on the site of the old Ford City Cinemas?

Yes, as of last summer, the space once occupied by the old theaters contained some stores which are part of the Ford City Mall: Marshall’s, Famous Footwear and Old Navy. This is at approximately 74th St., just east of Cicero Ave.

Thanks for the info Bob. And say, what sits on the site of Ford City East?

Sorry I took so long to respond! The Ford City East shopping center (still called that, I think), which included the theaters, now has a Gertie’s Ice Cream/Lindy’s Chili restaurant and some other small businesses. It’s partially empty and looks kind of desolate (except for Gertie’s). It’s not in a very good location for businesses.

Here’s a realtor’s link with info on the property:
View link

Hey CinemarkFan, bit late reading your post but I was in Old Ford City 3 after I lucked out with Harlem Corners and River Oaks 7-8. The main area of the space is still looking good no one has been inside since 91-93 for lease. The concession area is still up, the second floor projector rooms looked alright. The problem is the bathrooms were completely gutted and not repaired, all 3 screens are torn to shreds, and alot of seats were broken or totally removed.

Here is the link to the current Ford City Mall directory map. http://shopfordcitymall.s3.amazonaws.com/shopfordcitymall/files/Ford_City_Directory_9.91.png
The original theater was located across from Carson’s on 76th St. The theater was moved to were a car dealer was once located on 77th St. in a new building. More like the theaters today. They still use their old address for some strange reason. Maybe cause its still in the mall area? I live near there in Burbank so I know the area pretty well and still go to this mall a lot. I remember the old theater quite well. Nice theater as I remember. I’m not a fan of the newer one though.

On September 9, 1975, a few months after “Jaws” arrived in theatres, 45-year old Elmer C. Sommerfield attended a screening at Ford City Cinema with his wife Marilyn. Forty-five minutes into the film, Sommerfield collapsed of a heart attack. Sommerfield’s wife alerted the theater manager, Vince Tripodi, of the situation and he called for an ambulance. In the meantime, two doctors in the audience administered CPR for ten minutes until paramedics could arrive. Unfortunately, it wasn’t enough—Sommerfield died on the way to the hospital, and Tripodi told The Chicago Tribune that he had never experienced such an incident in his 27 years working in theatres.