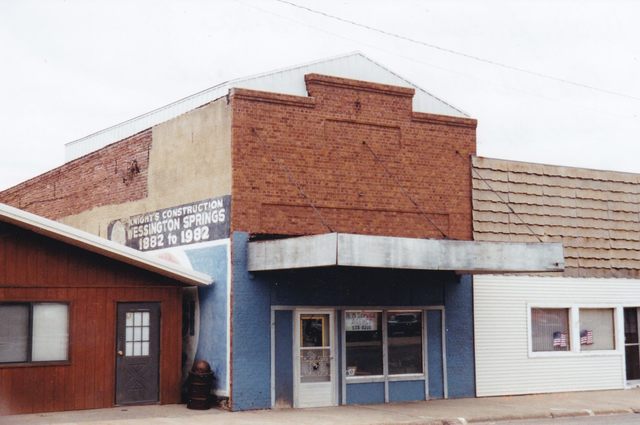 Opened prior to 1930 as the Rialto Theatre. In March 1949 it was renamed Dewmar Theatre and operated through the 1970’s.

This house was called called the Rialto Theatre until being renamed the Dewmar Theatre in March, 1949. This item is from the March 10, 1949 issue of The Daily Republic of Mitchell, South Dakota:

“Wessington Springs, S. D.—(Special)—Mr. and Mrs. Dewey Grabinski of De Smet have purchased the Rialto theater of this city to take possession Saturday, March 12 Grabinski spent several days this week in the Twin Cities purchasing new equipment which he plans to install as early as possible. Before going, he spent some time here making plans for improvement which will include the rebuilding of the projectors and a complete new sound system. The theater has been renamed the Dewmar. Mr. and Mrs. Grabinski and four children plan to move here as soon as a residence can be secured.”