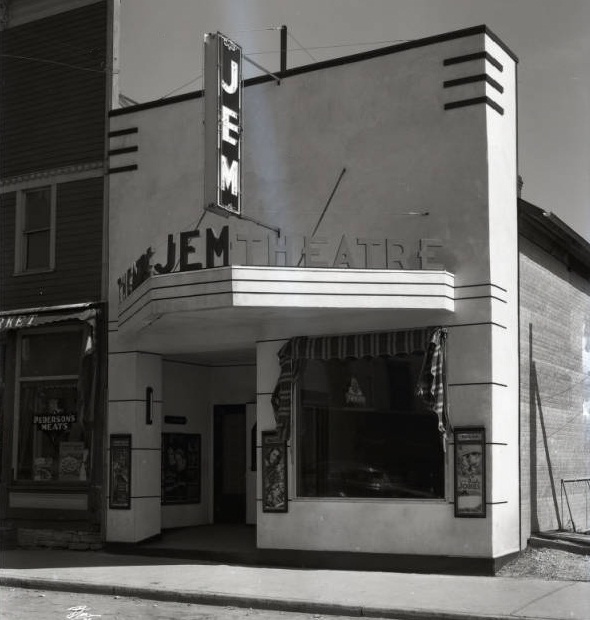 An Orient Theatre at Harmony, Minnesota, was mentioned in the August 17, 1918 issue of The Moving Picture World. A history of the house on the current JEM Theatre’s web site says that the Orient was at 20 Main Ave. North. It was bought by J. M. Rostvold in December, 1935, and renamed the JEM Theatre.