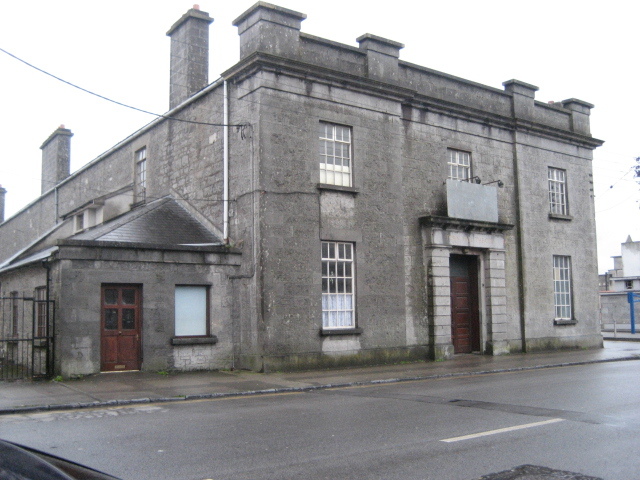 The Town Hall was screening films as early as December 1913 courtesy of the Greeves-O’Sullivan and Dolin Picture Company, when “An Indian’s Loyalty” was shown. Films had been relaunched by the 1930’s courtesy of a Mr Ging and the building became known as the Plaza Cinema. It had an RCA sound system fitted along with 650 seats and was acquired by the parochial community around 1940. The cinema changed its name to the Aisling Cinema in 1975 and eventually closed in June 1983 when the last film to be shown was “Gandhi”.

The place was refurbished in the 1980’s to operate as a live theatre and performance venue reopening in April 1988. The auditorium consists of 400 seats across stalls and balcony. A comeback for films was advertised in November 2014, 100 years after they had originally been shown, when it was announced that “The Shawshank Redemption” would reopen the cinema for the Christmas season. Films were still being advertised in October 2016 but they had been abandoned by 2018 and the building operates solely as a theatre.

The building itself was built as an agricultural hall in 1845 by Lord Clancarly of the Garbally Estate and is still leased from the church. Plans for a permanent cinema at the Dunlo Retail Park have been on the table several times since 2009 but haven’t gathered much pace.