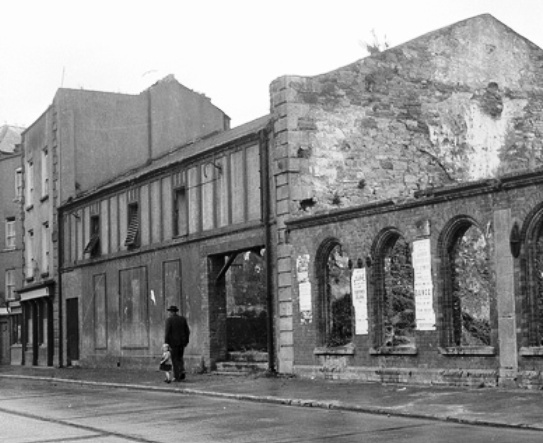 Located in Limerick, County Limerick. The Tivoli Cinema was converted from the National Theatre, christened “The Gaff”, which had been run by the Ferguson family and the Courtneys before that. It opened in 1916 and was run by Paul Bernard, who later opened the Grand Central Cinema. Part of the fare was shows and it was also known for its serials. It was directly opposite the Abbey Kinema on the other side of the river, where the tax office is now. It closed in 1959 following fire damage and the site has since been redeveloped.