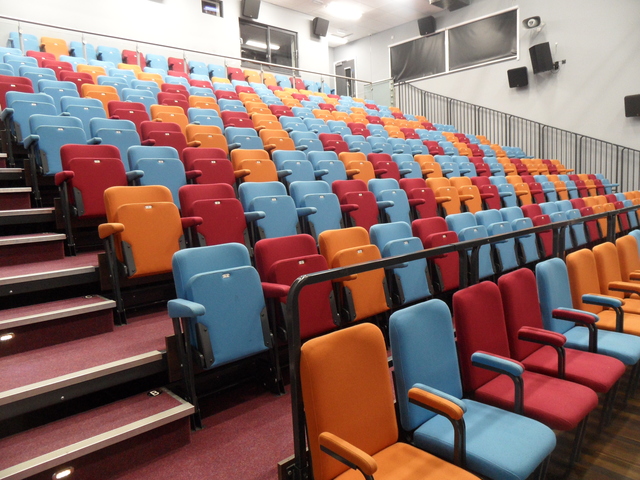 In Teignmouth, Devon, the sea front Den Pavilion was built in 1929 as a multi purpose hall. Enlarged and converted into a theatre in 1966, called the Carlton, it originally seated 399 on a flat floor, but this was later reduced to 285, stadium style. It was leased to Teignmouth Players by Teignbridge District Council, but closed and was demolished in 2014.

The Players moved to the town’s Ice Factory Theatre, and have remained there following the construction, on the Carlton’s site, of Pavilions, a multi-purpose community centre. Designed by LHC Design, and operated by Pavilions Teignmouth, a Charitable Incorporated Organisation, Pavilions opened on 4th April 2016.

The nicely raked auditorium is attractively laid out with multi-coloured seating, which is retractable. Film shows are usually held on Tuesdays and Thursdays.