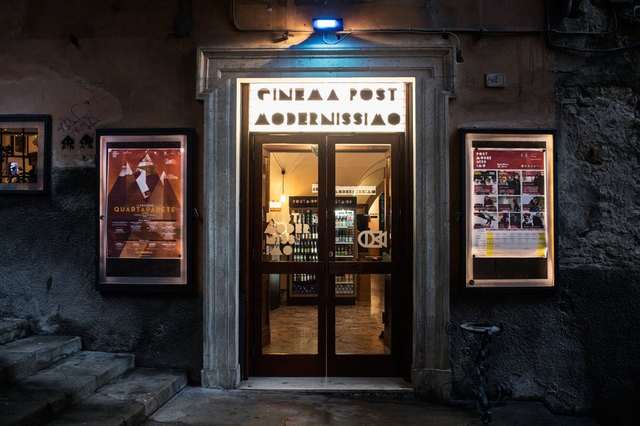 The Cinema Modernissimo re-opened as the Cinema PostModernissimo in 2014 after having been shuttered for a good length of time. A collective of local film enthusiasts worked to create a special venue for the people of Perugia where quality films could be exhibited. The cinema has three auditoriums which are named Sala Donati (159-seats), Sala Visconti (54-seats) & Terza Sala (24-seats). It is very popular with international students at the nearby University of Perugia and the University for Foreigners.

In August of 1971 while I was at the Universita' per Stranieri, I went several times to what was then called the Modernissimo, a cinema d'essai or repertory cinema at that time. I saw six films there. They were the Russian “The Cranes Are Flying” by Kosintsev, the French “A Man Escaped” by Bresson, the Italian “Ostia” by Sergio Citti, the Italian “La Notte” by Antonioni, the Italian “Under the Sign of Scorpio” by the Taviani Brothers, the Italian “La casa delle mele mature” by Pino Tosini. The non-Italian films were dubbed in Italian.