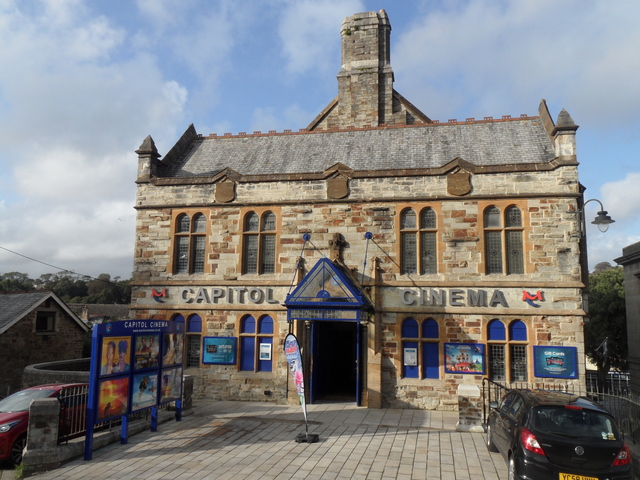 In Bodmin, Cornwall, the development of this cinema, the first in the town since the Palace Cinema closed down in the early-1980’s, was not without controversy.

The Grade II listed, granite and local stone built Bodmin Public Rooms had been constructed in the late-19th century for community use. The decision to allow the building to be acquired by Merlin Cinemas and taken into private ownership and converted into a cinema was taken by Bodmin Town Council in January 2017, following a vote that had divided public opinion for months (the council voted 5-5, with three abstentions, and Mayor Lance Kennedy used his casting vote in favour of the development). Bodmin Public Rooms Trust, which wanted to keep the building in public ownership for the wider benefit of the community, raised £45,000 through crowd-funding, but accepted it would most likely be out-bid (it is understood that Merlin offered £95,000). The circuit also launched a petition which was supported by 2,015 people. Planning permission was eventually granted in August 2017 and Merlin Cinemas officially purchased the building on 20th October 2017.

Merlin announced that the work, estimated at over £1m, would start soon, with circuit owner Geoff Greaves saying “We are delighted to have finally completed the purchase of this beautiful building and look forward to bringing a long over-due cinema to Bodmin as soon as possible”. He added that he hoped that the cinema would open “towards the end of 2018”.

Another controversial issue was Bodmin Town Museum, located on the lower ground floor. However, Merlin said it had no intention of seeking to use that space, and the museum has remained in situ.

Initially, only three screens opened. Work on screen 4 was held up by the presence of a stone archway at the screen end, but it was decided not to delay the opening of the other screens any longer. Screen 4 eventually opened on 6th September 2019 with Gurinder Chadrah’s comedy/drama “Blinded by the Light”.