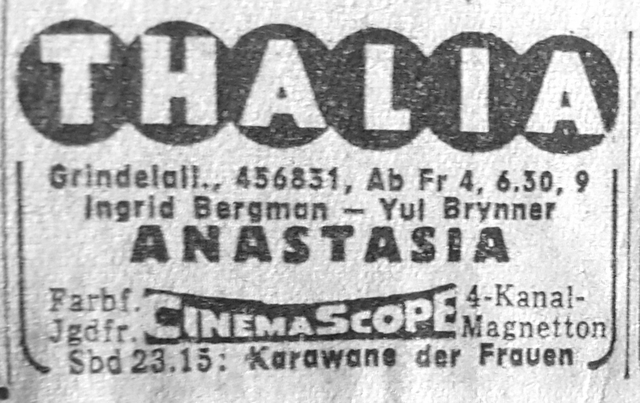 Located in the district of Eimsbuttel/Rotherbaum to the north of the city centre. The Scala Lichtspiele was built in 1912 and opened in 1913. It was designed by architect Rudolf Eckmann for investors Becker & Ernst Rasmussen. It was operated by Renate Salfeld, Geisler & Kramer. Later operated by Meininger. The orchestra for silent movies was conducted by Max Herrmann.

The building was demolished and a cafe now operates on the site.