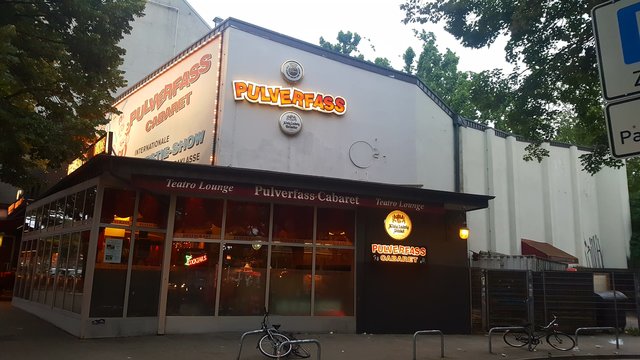 Located in the St. Pauli district of the city centre. The Oase Filmtheater was opened in 1958 with the film “Stern des Gesetzes”. It was designed by architects Joachim Gluer & Paul Schluter. It was operated by Oase Filmtheater Gmbh. At the time it was the most modern and leading cinema on the Reeperbahn. It had a screen 18 x 8.5 metres, the projector was a Bauer 14 with CinemScope & Superscope. The sound system was a Klangfilm with stereophonic 4 channel sound. It was divided into 5-screens in the 1980’s and closed in April 2000.

By 2019 it is operating as a variete-theater named “Pulverfass Cabaret” fearuring transvestites and drag artistes.