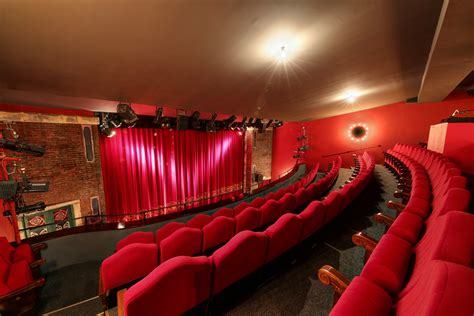 Located in the city centre district of St. Pauli on the famed Reeperbahn. The Aki Aktualitaten Non-Stop Kino was opened in the mid-1950’s screening newsreels and short subjects. It was operated by Jardin, Helmut Lux & Hildegard Syguda. It had 420 seats in orchestra and balcony levels. It was equipped with CinemaScope and one channel sound. The projectors were Phillops FP6.

In 1957 the programming was changed to feature films and the cinema was re-named Imperial Filmtheater (inspired by the Imperial Hotel in the same building) The imperial Filmtheater was operated from 1957 by Hildegard Syguda & Herbert Steppan (owner of the Savoy Filmtheatre (which has its own page on Cinema Treasures). In 1963 the Imperial was equipped with a new 360 degree projection system and operated by Adalbert Baltes. He re-named the cinema Cinetarium. Only one film was screened in this circular process named “Die Nacht ohne Ende” (The Night Without End) starring Petra Schmidt & Peter Wienke, which was produced by Studio Hamburg.

In 1966 Heinz Riech (later owner of the Ufa chain from the 1970’s) operated the cinema and he re-named it neues Imperial Filmtheater Klaus Himstedt operated the theatre from 1972 to 1991 as an adult theatre named Pam Kino and it later became the Movie Star.

In 1994 the cinema was restored and it re-opened as a live theatre re-named Imperial Theater. It presents crime mystery/horror plays and musicals.