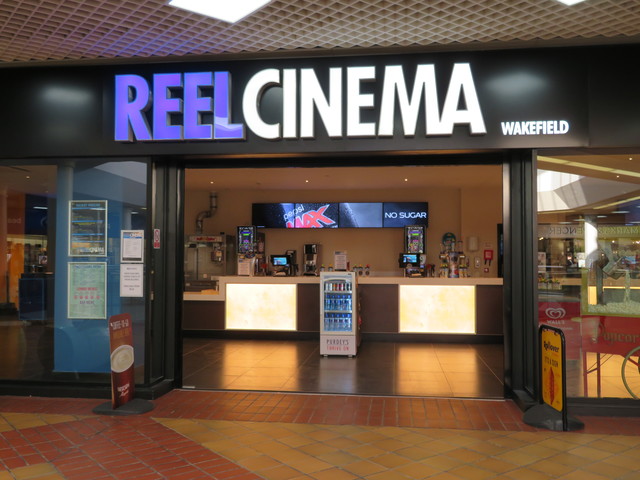 In Wakefield, West Yorkshire, fronting the busy and pedestrianised Kirkgate, The Ridings Shopping Centre is the city’s prime retail location.

In December 2018, as part of a wider regeneration/refurbishment, centre owners NewRiver announced that they had exchanged contracts with Reel Cinemas to open a five screen cinema. Swindon Interiors were engaged to transform four redundant retail units into a “state of the art” cinema.

This was scheduled to open in May 2019, but it eventually opened on Friday 16th August 2019. Among the opening films were Quentin Tarantino’s “Once Upon a Time…in Hollywood”, Disney’s “The Lion King” and children’s adventure “Dora and the Lost City of Gold”.

Seating capacities are: Screen 1:44, Screen 2:57, Screen 3:60, Screen 4:56 and Screen 5:34. By modern multiplex circuit standards, these are rather small, but the brief was to create the cinema “with minimal structural alterations”, so presumably there were design limitations.