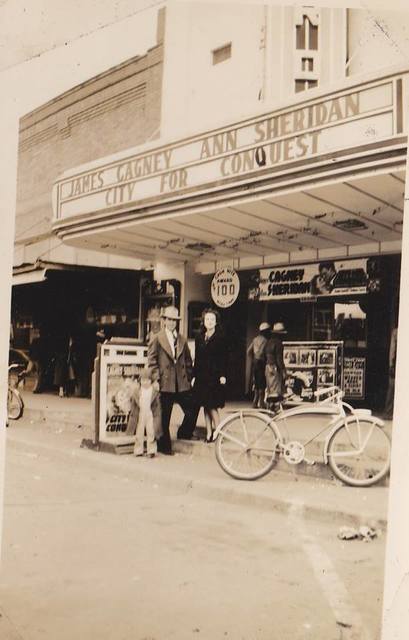 Built in 1903 as a grocery store/general goods store, it had a small bottling operation at the back. It was one large building which was later divided.

In 1939 it was remodeled in an Art Deco style and it opened as the Howard Theater with Myrna Loy in “Lucky Night”. The theatre had a balcony and a long seating area. Part of the K. Lee Williams Theaters Inc. circuit that operated in Arkansas and Oklahoma.

The building is now in use by the Nashville Chamber of Commerce.

The April 4, 1939 issue of The Film Daily had an article about the recent expansion of the K. Lee Williams Theatres circuit, which had just added seven houses to the chain. This paragraph concerns the theaters in Nashville:

It has occurred to me that the “New theater” mentioned in the article could have been the Howard, which actually was a new theater at the time. The house might have actually operated under the name New Theatre for a while before Williams took it over, or maybe Film Daily was just careless with the capitalization and meant only to indicate that it was a new theater. One can never be sure with these hastily-assembled trade journals.

@Joe we need to join forces on the Nashville theaters…let me know if I could email you.