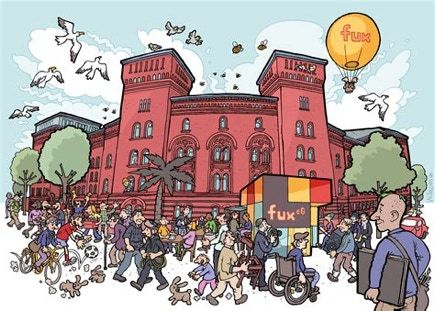 Located in the district of Altona to the west of Hamburg. The Neue Kaserne Barracks were built in 1878 to 1883. It was later re-named Victoria Kaserne Barracks. After World War II the Victoria Kaserne was used as a police station. The police operated a cinema the Polizie Filmstelle in the building from 1949 to 1955. It had 200 seats (it has its own page on Cinema Treasures).

Located in the Victoria Kaserne, the Fux Litchspiele opened in March 2019. It is not a commercial cinemaand has only one screening a week. It is operated by the Kurzfilmagentur Hamburg organising for over 25 years the International Short Dilm Festival in Hamburg.