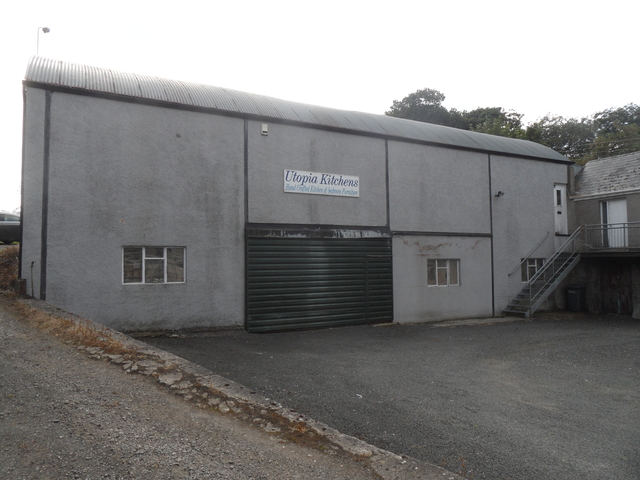 It was constructed within a very basic building that had been used as an agricultural feed store. Ernie Stewart, who became the first manager, had persuaded the building’s owner to transform it into the Cinema. When Mr Stewart died, W. G. Shiels, from Maghera (who, I gather ran five other cinemas in the area) took over. Johnny Maxwell assisted him at his cinemas, primarily by collecting the films from Belfast and looking after the projectors. When his workload increased Joe Crothers, who had started as an usher, became his assistant at Kilrea, earning the nickname “Gentleman Joe, the Picture Man”!

When a circus or travelling show came to town, Mr Crothers, who had a life-long passion for circus, would put on a late show for the entertainers. He also compered amateur ‘Talent Nights’, which were very popular.

Michael Henry ran that business for about 15 years before retiring. Patrick Tohill took a lease on the building and has continued the kitchen appliance business.

When I visited, in August 2019, one of the employees gave me Michael Henry’s phone number. I subsequently had an enjoyable conversation with him, during which he very kindly provided much of this information - and enjoyed reminiscing about his building’s life as the town’s only full-time cinema.