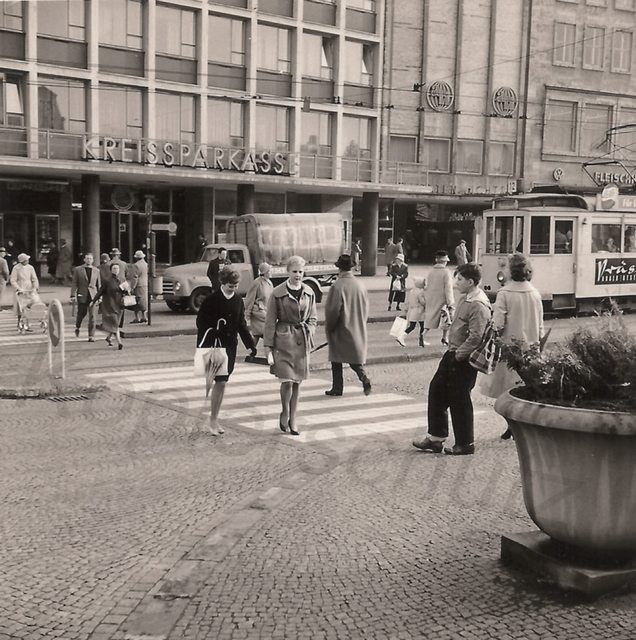 Located close to the railway station in the city of Aachen. The Ufa Palast was opened in 1932 and was operated by the Ufa Theaters Bretriebs GmbH chain. The theater was equipped with a Klangfilm sound system. The Ufa Palast was closed in 1941, possibly due to conditions during World War II. In 1949 it re-opened as the re-named Zentral Theater and contained 412-seats. The operator was Westfilm Theaterbetriebe Kurt Golderschmidt. In 1956 the theatre was re-named Aki Aktualitaten Lichtspiele Aachen as a single screen theater with 540 seats. The E VII B projectors were replaced by E X projectors by Ernemann. The sound system was by Zeiss Ikon. The size of the CinemaScope screen was 10 x 4.8 metres.

After World War II, the Allies ordered that newsreels were to be screened in every cinema in the west sector of Germany for the purpose of re-education. The Aki Aktualitaten Lichtspiele was operated by Berhard Frank of the Aki Aktualitaten Kino in Frankfurt Main which was founded in 1950 to screen newsreel programmes without a feature film presentation and the cinemas were located close to or in a railway station. The architects were Joachim Schweitzer & Bartels.

The Aki screened non-stop newsreels, short documentaries and a cartoon. The Aki Aktualitaten Kino cinemas were cheap and successful. The moviegoers only paid 50 Pfennige for a ticket. The show started with an International Newsreel by Ufa Wochenschau, then the Neue deutsche Wochenschau was screened, then Fox tonnende Wochenschau and some commercials. After that followed a short doccumentary then a newsreel Welt in Bild was screened, followed by a cartoon or slapstick comedy which closed the programme.

The running time for one show was 50 minutes. The Aki slogan was “around the world in 50 minutes”. The audience could enter and leave at any time. The first show started at 9am in the morning and the last at 11pm or 12 midnight. In the auditorium was an illuminated clock and a second smaller screen for train informations. The Aki Lichtspiele Aachen was part of the Aki Aktualitaten Kino chain of newsreel theatres which were located in Berlin, Hamburg, Koln, Munich, Hannover, Dortmund, Dusseldorf, Bochum, Bremen, Frankfurt Main, Nurnberg, Gelsenkirchen & Wiesbaden. All were operated by Berhard Frank Aktualitaten Kino GmbH Frankfurt am Main and Aktiengesellschaft AG.