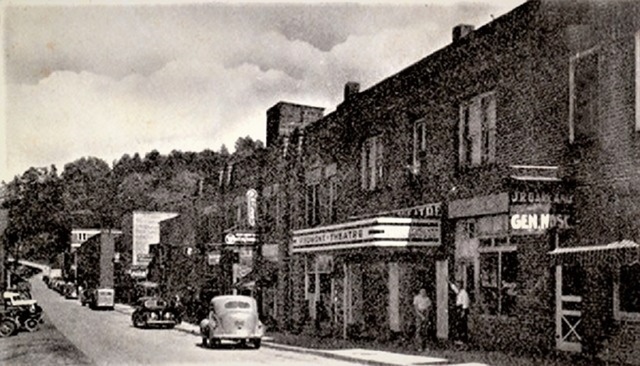 The theater was originally built as a silent movie theater and was the first theater built in the downtown of Spruce Pine. It’s located on the lower street.

Acording to the THE SPRUCE PINE NEWS

“The people of Spruce Pine have enjoyed movies beginning with silent films at the Piedmont Theater in the 1920’s. In the late-1920’s and early-1930’s, Robert Gutschalk operated the Piedmont Theater on Lower Street. In addition to silent films and then talkies, the theater was used also by schools and other community groups for plays, including one in 1934 by the Charles Hickey Methodist Sunday School Class. Band concerts, such as the summer dance and music recital by Mrs. Robert Poole and Mrs. H.E. Hand in 1929, and similar cultural events kept the building busy. A possibly controversial film was once shown at the Piedmont Theater, but no record of community reaction has been uncovered. (No pun intended, of course)”.

It is now a book and gift store called “Dellingers Christian Bookshop”.