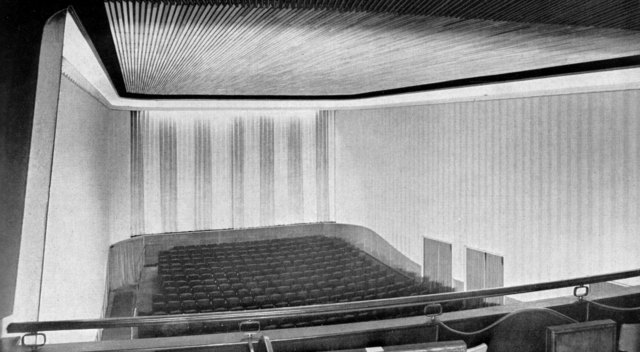 The Deli Neuedorf was opened in 1954 and was operated by Hans Eckelkamp & Sohn who were located in Muenster. The architect was Paul Bode who was based in Kassel. The seats were by Schroeder & Henzelmann. The screen curtain was white and gold and the walls in the auditorium were coloured blue in the orchestra and yellow in the balcony levels.

There was a second Del located in Hamborn, Duisburg which opened in 1957. (it has its own page on Cinema Treasures).