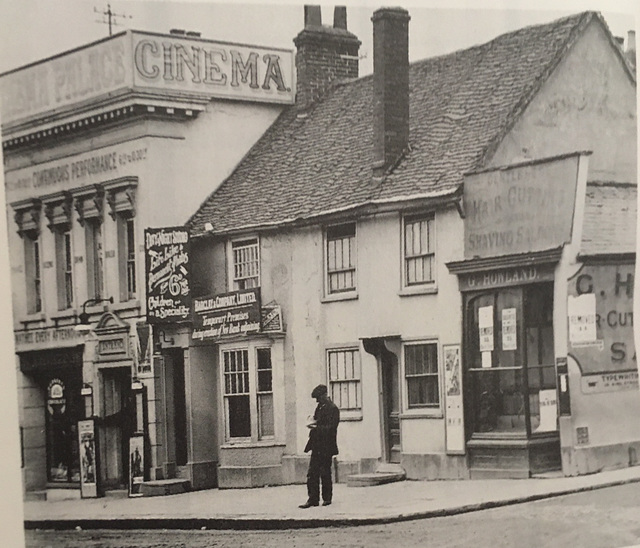 Located in Watford, Hertfordshire, just to the north of todays Greater London. The Cinema Palace was opened on 19th May 1911. It was designed for Counties Electric Theatres by architect E.H.C. Inskip of Bedford, and retained the frontage of the former solicitors which had previously stood on the site. All seats were on a single floor. The Cinema Palace was closed on 27th February 1915.

It was taken over by Mullett’s Stores as a temporary shop until their new premises were built. It went into other uses and by 1989 it was Muswell’s Coffee Bar. It has since been demolished and the site in 2019 is occupied by a Bella Italia restaurant and a vacant restaurant space last occupied by Jimmy’s World Kitchen.