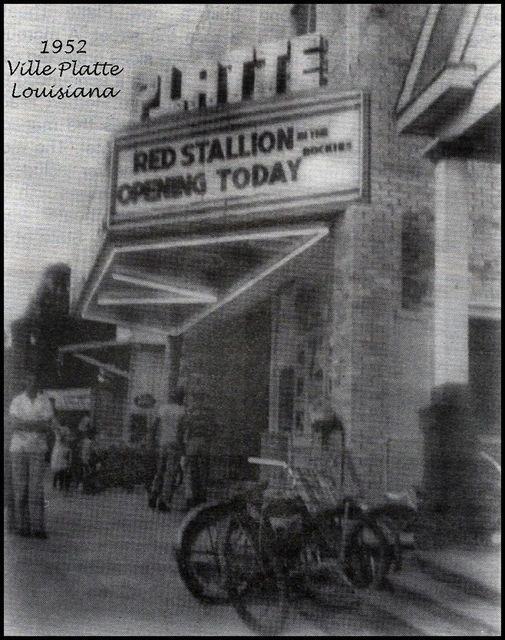 The first Platte Theatre was located on W. Main Street in Ville Platte (it has its own page on Cinema Treasures). It moved to 146 E. Main Street as the New Platte Theatre launching on July 1, 1949 with Arthur Franz in “Red Stallion in the Rockies”. The Platte Theatre appears to have gone out of business after a November 1, 1973 showing of Cliint Eastwood in “The Good, The Bad, and the Ugly.”

Winston’s Electrical took over at the location and the building has been vacant for a long period in the 21st Century.