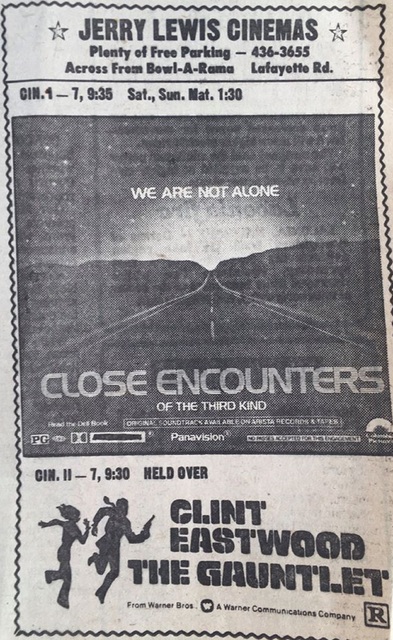 Joan Canavan and Frank G. Adam formed Canad, Inc. opening their first theater in Portsmouth and the newest in the fast-growing Jerry Lewis Cinema Circuit. Canad would open six more theaters in the state with 46 screens. Canad launched the 700-seat, automated theater on November 1, 1972 with “The Godfather” and “What’s Up, Doc?”.

The theater kept the Jerry Lewis moniker long after the chain had gone bankrupt. It expanded to five screens and under new operators became the Hoyts Portsmouth 5. Regal took on the Hoyts locations in 2004 and finally changed this over to the name of the Regal Portsmouth 5 in 2006. Regal closed the cinema on August 5, 2007.

The property remained vacant until being sold for $2.6 million in 2015. It was razed on February 27, 2016 making way for a new-build Tuscan Kitchen restaurant. News reports referred to the razed building as the “former Jerry Lewis Cinema” knowing that locals recalled its formative, local operation more than the final, Regal years.