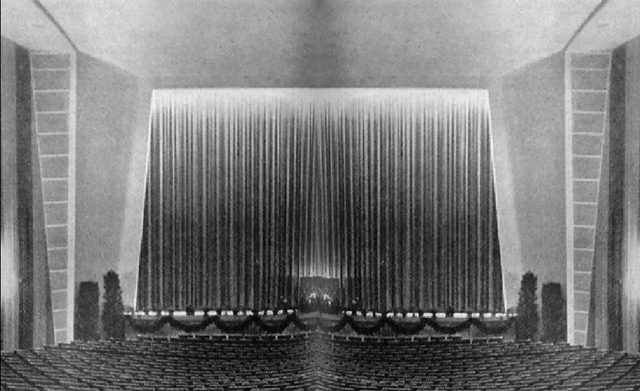 The U.T. Palast was opened in 1955 and was operated by Gerhard Kruck. It was designed by architect Ernst Huhn. The colour of the walls in the auditorium was brown and the curtain was red. In 1957 Heinz Eckekamp operated the cinema. In 1963 it was re-named U.T. Palast Cinemarama when Cinerama 3-strip projectors were installed and it screened its first Cinerama film “How the West Was Won”. There were also two Phillips DP70 universal projectors for 35mm & 70mm film installed. In 1966 Goldermann & Heinz Riech took over the operation.

The cinema was closed around 1970.