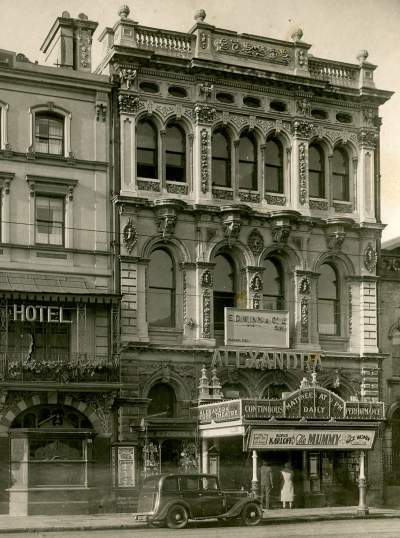 The Philharmonic Hall was opened in July 1865 and was designed by architect Alfred Bedborough. It built by Frederick Strange, the owner of the Royal Alhambra Palace music hall in Leicester Square, London. It was the first building in the city to screen films. It was taken over by the Walturdaw Company in 1909 and began regular screenings of films. It was remodeled and became a full-time cinema from 1910 when it was re-named Alexandra Cinema, operated by the Alexandra Picture Theatre Co. based in London. It was equipped with a Western Electric(WE) sound system By 1933 it was operated by the Union Cinema Co. Ltd. chain and was closed on 29th October 1933 with Ronald Colman in “The Devil to Pay” & John Stewart in “Men of Steel”.

It was demolished and the County Cinemas chain built their new 1,756-seat Regal Cinema (later Odeon) on the site (it has its own page on Cinema Treasures).