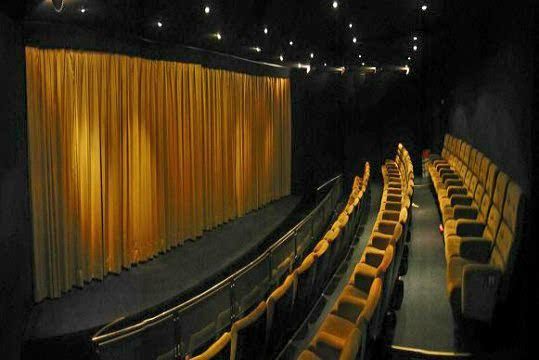 Located in the city center district of Maxvorstsadt. The Carl Gabriel’s Lichtspiele was founded in 1906 and opened on 21st April 1907 by Munich cinema pioneer Carl Gabriel. It had 206-seats. In 1927 it was operated by the Ufa Theatre AG chain and they enlarged it to 300-seats. In 1929 it was taken back by Carl Gabriel and in 1933 a Tobis/Klangfilm sound system was installed and the cinema was enlarged to 368-seats. After 1941 the cinema was damaged by Allied bombs in World War II.

Around 1950 it was repaired and re-opened with a seating capacity of 400. In 1952 the E II by Ernemann projectors were replaced by projectors by Frieske & Hoepfner. The size of the stage was 2.4x6.5 meters. The seats were by Kamphoener. In 1957 a CinemaScope screen was installed and a 4-channel stereophonic sound system by Phillips was added. The projectors were replaced by FP 6 machines by Phillips. The cinema was enlarged to 570-seats. In 1976 it was twinned and movies for adults were screened. In 1994 the Gabriel Filmtheater was renovated and re-named Neues Gabriel. It screened first run movies. The capacity of seats were reduced to 271. In 2011 the cinema was again re-named Gabriel Filmtheater. The size of screen 1 was 48 square meters and the screen size in screen 2 was 21 square meters.

After over 100 years in tradition of screening films the Gabriel Filmtheater was closed in April 2019.