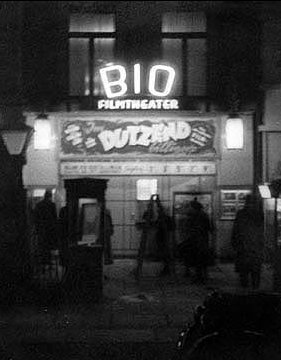 Located in the west city center district of Charlottenburg. The Kinotheater was opened in 1917. It was part of the Hotel Zoo Berlin, located adjacent to the Ufa-Filmbuehne Wien. It was later re-named Kurfursten Theater. It was operated by Koschel. In 1932 it was equipped with a Klangfilm sound system. The cinema was closed after 1941 due to wartime conditions.

It was re-opened in 1952 as the Bio Filmtheater. It was operated by Hauptmann & Schaps. In 1957 a CinemaScope screen was installed. The B 5 projectors were by Bauer. In 1961 Klaus Runge took over the operation.

The Bio Filmtheater was closed around 1979. The Hotel am Zoo still operates, but the former cinema is now in retail use.