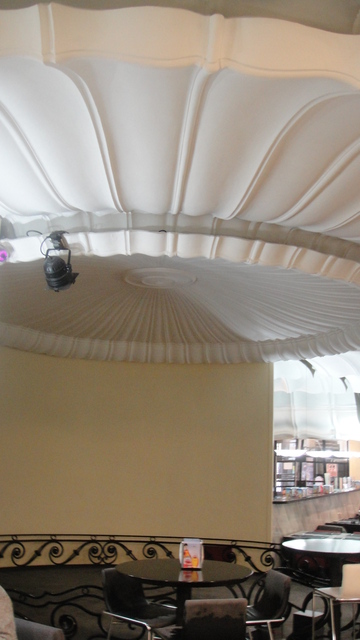 The Cine Rialto opened in 1936, the opening film was “Top Hat” with Fred Astaire and Ginger Rogers. It was built into the Ateneo Mercantile office building, designed in 1935 by architect Cayetano Borso of Carminati. Seating was provided for 350 in the rear orchestra and 118 in the front orchestra, 592 in the first balcony and 258 in the second balcony.

This grand 1930’s cinema in the city centre has now been turned into a small (approx 700 seat) theatre which still occasionally screens movies.

Situated in the lower portion of the office building in the centre of the city it appears to be a popular (it was undergoing extensive refurbishment when I saw it in 2003) venue. It is now operated by the Consular of Culture & Sport.

Films are shown in their original version.