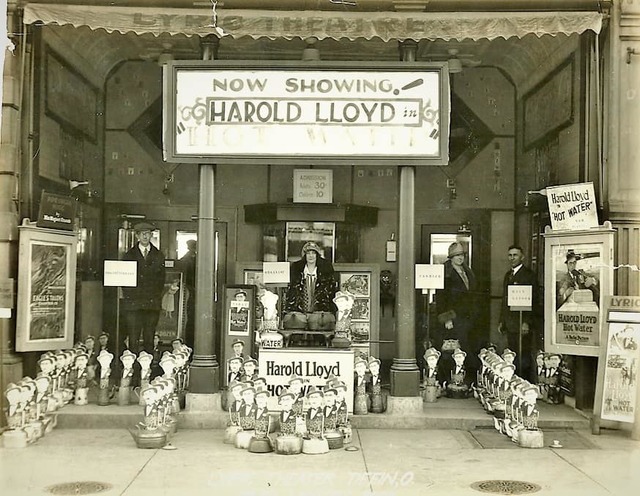 “Vintage Photo of the Day – Today’s photo is a view of the Lyric Theater which was located at 133 S. Washington Street in Tiffin. The theatre was first opened and operated in 1910 by William. Boehler and Charles Bristol and it changed hands a few times until April, 1916, when it was sold to Otto Motry. This theatre was, at first, the only one in Tiffin with an organ. Motry remodeled the theatre by installing chairs taken from the old Noble Opera House and his popcorn and peanut stand at the theatre’s entrance was very popular.

Today’s photo is a promotion of the movie “Hot Water” starring Harold Lloyd which was released in 1924. If you look close, you can see that there are dozens of kettles and pots lining the walk with Harold Lloyd’s likeness stuck in the opening.