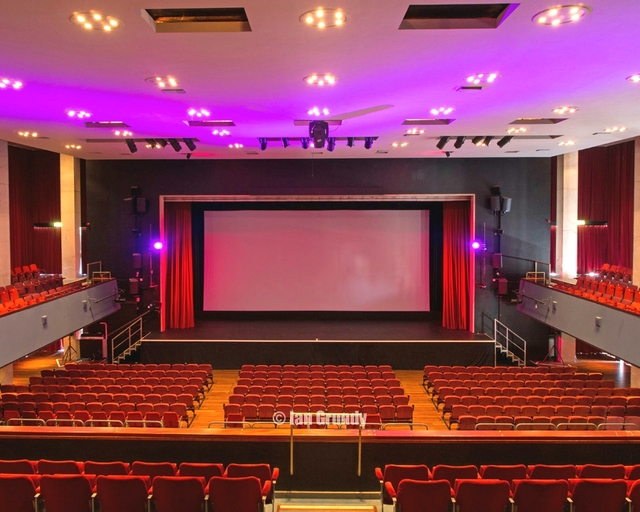 Located on Civic Centre, just off St. Peter’s Street in the city centre. The City Hall is a modern concrete/glass with brick infill building, designed by architect Sir F. Gibberd. Seating is on a single floor, with a raised stepped section at the rear and side slips. It has an 11.2 metres wide proscenium opening, the stage is 9.6 metres deep. There is an orchestra pit and 6 dressing rooms. Built in 1968 and opened in June 1968 with a concert by blues singer John Mayall. It hosts concerts, one night stand comedy, and an annual pantomime at Christmas.

Operated by St. Albans District Council, it was renovated in 1990 and re-named the Alban Arena. Films are now part of the programming.