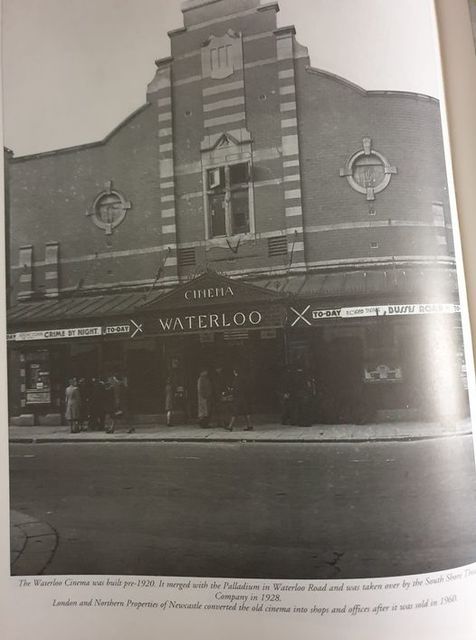 Located on Blackpool’s South Shore. One of the earliest purpose-built Blackpool cinemas, the Favourite Picture Palace opened in April 1912, changing its name to the Waterloo Picture House on 26th December 1912. It had 760-seats. The cinema had a 24-foot wide proscenium and a screen that was 18 ft by 14 ft.

In 1917 it was operated by John Beck and shared advertisements in the Blackpool Gazette with the King Edward Picture House. A Jardine straight organ with 2 manuals and 17 speaking stops was installed in 1921 and opened by organist George Tootell. Alterations to the cinema were made in 1924 and the seating capacity was increased to 963. The resident organist was Mr. V.C. Vann, In 1928 it was taken over by South Shore Cinemas Ltd., but became a slightly downmarket cinema for the company when they opened the Palladium Cinema further up Waterloo Road by the railway station on 16th April 1928.

After a Western Electric(WE) sound system was installed, the organ was removed in 1935 and re-installed at the Church of The Sacred Heart in Blackpool where it remains today.

The Waterloo Cinema was closed by South Shore Cinemas Ltd. at the end of the 1959 holiday season. The building was sold by London & Northern Properties Ltd. of Newcastle upon Tyne in February 1960 and was converted into shops & offices. It was later demolished to be replaced by retail units with office space above.