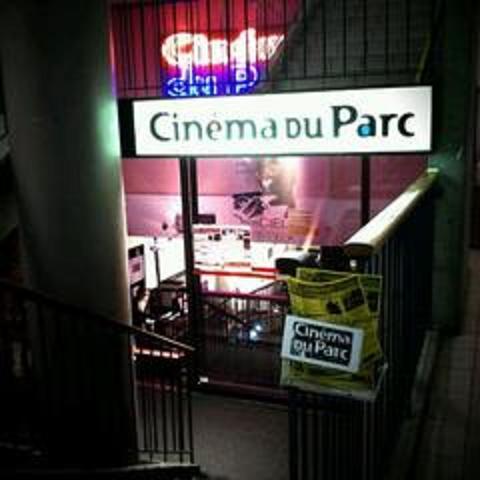 Cinema du Parc is Montreal’s only repertory cinema, showing a variety of first releases, repertory, and cult films, presented for the most part in their original English version or with English subtitles. The theatre is managed by the Montreal Repertory Cinema Society, a non-profit organization dedicated to promoting and presenting independent and repertory films. Its three cinemas are located on the lower level of a retail complex in downtown Montreal.

By 2009, it was under new ownership of Roland Smith and advertised itself as Le Nouveau Cinema du Parc.

On August 3rd, 2006, Cinema Du Parc permanently closed and now sits vacant and unused. Although an effort is being made to sell the theatre it is doubtful it will ever reopen (being inside an indoor mall, I suspect it’ll eventually be gutted and turned into more shops, a restaurant or such).

With its closure, Montreal is now a city without any repertory theatres.

CinÃ©ma du Parc has reopened on October 27, 2006. Check Cyberpresse on the net for the news.

One of the best movie theaters I ever had the privilege of living near, mainly because of its incredible repertory selection. I attended countless classic screenings here, including a Kurosawa retrospective, a film noir series, Surrealist short films, several new German & French releases, and lots of then-current indies. They ran “Baraka” multiple times and I went each time because a film like that just needs to be seen in a theater.

The place definitely went through some upheaval while I lived there, slowing down on the rep screenings and upping their more contemporary content. Their prices gradually increased as well and considering the three screens were all pretty small, it became less of a deal but for an ardent cinephile like myself, well, nothing could keep me from a 35mm screening of Ikiru.

I moved away from Montreal in 2005 and heard the place had closed. Apparently someone re-opened it, which is great. Cinemas like this are small treasures and I hope this one can keep running indefinitely.

I worked there in late 1979, I was training to be assistant manager. Looking at the picture above it reminds me the smell of espresso/cappuccino from the mall. I don’t have too much other memories other than having a crush on the Greek cashier, every time I went to get myself a coffee I would ask her if she wanted one and she responded all the time with a “naa”. After a few weeks I had realized as a Greek she was actually saying yes in Greek which sounds like “naa” in English so she never got a coffee from me…