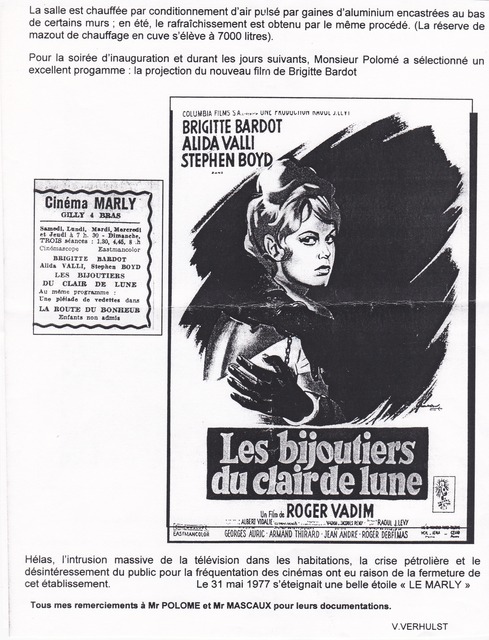 The Marly Cinema was opened on 12th September 1958 under the direction of the Polome family who owned the Casino Cinema, also in the Gilly suburb in the north of Charleroi. The opening film was “Les Bijoutiers du Clair de Lune” (Heaven Fell That Night) starring Brigitte Bardot, Alida Valli and Stephen Boyd. It was a very modern cinema with 530-seats in the orchestra and 320-seats in the balcony. It was closed in 1977.