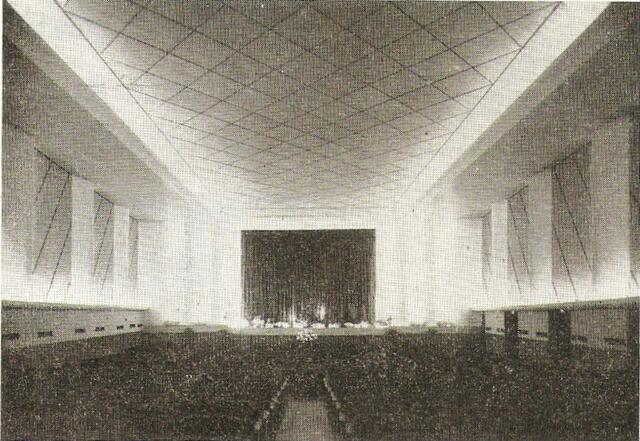 In Chatelet, in the Province de Hainaut, was the Cine-Theatre, which was the main cinema in the city. It was opened before 1940, and during the German occupation, it showed French and some German movies. A few master pieces of the French cinema of the 1930’s like Marcel Carné “Le Quai des Brumes” and “Katia” with Danielle Darrieux. It also operated as a concert venue presenting to name a few artists who have appeared here include: Colette Renard(Irma la Douce)in 1958, and Johnny Hallyday in 1961 and 1963. The operators had arranged a festival for teenagers of the 1960’s that took place in the Parc Municipam from 1964 to 1969, vwith a lot of international stars, British groups such as The Animals & The Kinks and French stars like Claude François. These were very popular and well known and the Cine-Theatre continued into the 1970’s. “Jaws” was one of the many hit films shown there. It closed in the early-1980’s and since then has been demolished.