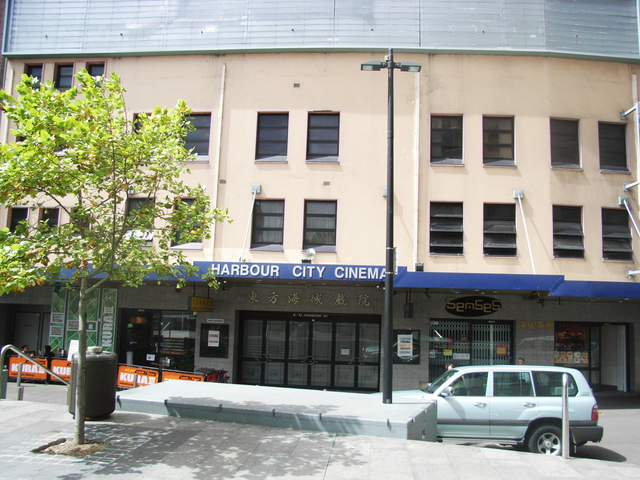 Located in Sydney city centre, in the Darling Quarter, close to Chinatown. The Harbour City Cinema catered for the Chinese population. It was a modern twin-screen cinema, which had closed by 2013. It seems to have re-opened since then but there are notices on the building offering it for redevelopment for a hotel or retail use.