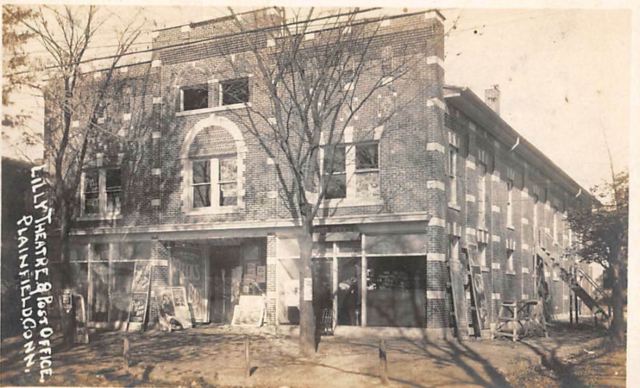 I have uploaded a photo of the Lilly sharing a building with the post office. According to the local historian this substantial building on Railroad Avenue underwent many changes before it was demolished in the 1950s only to be replace by a supermarket.

It can be assumed that the various seating expansion could easily have been accomplished on site. At some point it became the Plainfield.