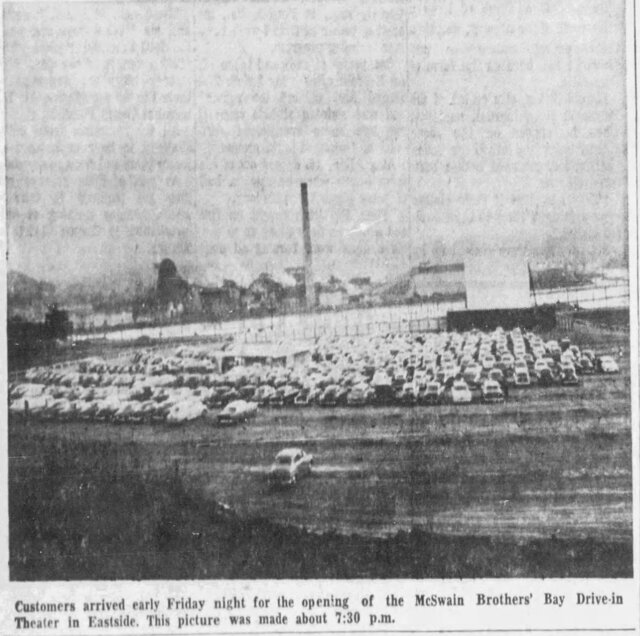 The Bay Drive-In opened on Friday, July 17, 1953, according to a note a week later in Boxoffice. The opening program was Esther Williams in “Duchess of Idaho” & Dean Stockwell in “The Happy Years”.

The 1955-56 Theatre Catalog listed the Bay Drive-In with a capacity of 635 cars, owner Western Amusement.

A commenter on Geocaching.com wrote, “The theater was closed after a storm toppled the screen. I believe it was the infamous Columbus Day storm in 1962”.

The drive-in appeared to be intact, except perhaps for the screen, in 1969-70 aerial photos. By 1982 its structures were completely gone, though even today it’s still possible to see faint ramp arcs at the site.

Opened with “Duchess of Idaho” and “Happy Years”