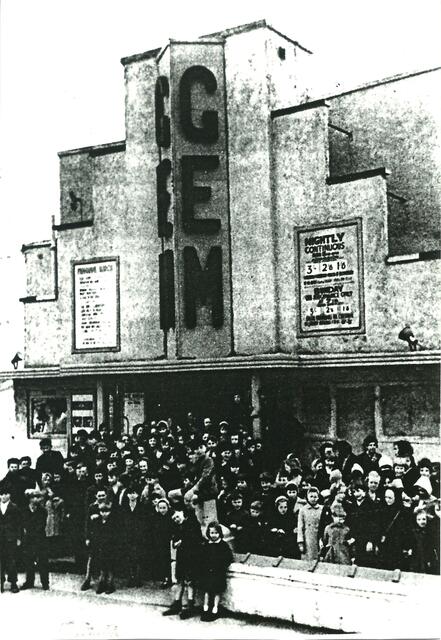 In Long Sutton, near Holbeach, Lincolnshire , the Alexandra Palace was opened around 1916 by the Tiller family.

It was a wooden building, and presented marionette shows, among them “Lady Audley’s Secret”, “East Lynne”, “Sweeney Todd” and “Uncle Tom’s Cabin”, before being converted into a picture house.

It is not known when film shows started.

The Alexandra Palace burnt down in the early to mid-1930’s. It was rebuilt as the Gem Cinema, which opened in 1936.

The Gem Cinema was owned by J. F. Bradley from its re-opening right up to its closure. The 1953 Kinematograph Year Book lists the sound system as Imperial, which was presumably installed during the re-build. This edition records a proscenium width of 16ft.

The Gem Cinema closed on Saturday 2nd April 1960 with “Jet Storm”, starring Richard Attenborough and Stanley Baker. Mr Bradley blamed a lack of patronage, claiming he was losing £100 a month.

The building was converted into a car showroom - Graves Garage - by Arthur Graves.

At some stage the building was demolished. By June 2016 a Nisa Late Shopper supermarket was on the site.