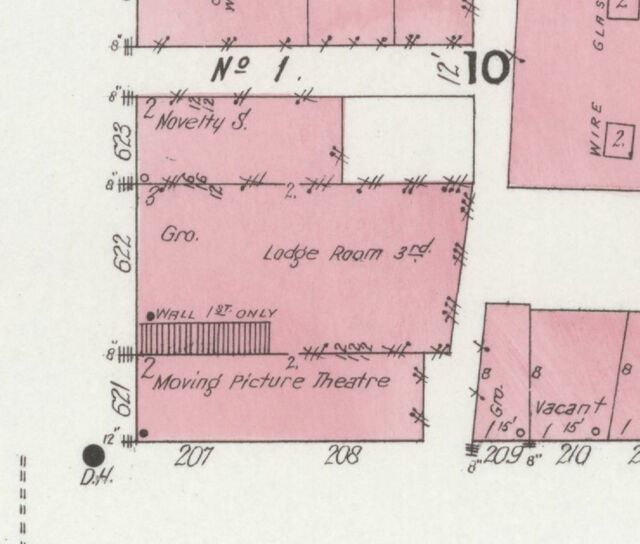 This theatre appears on the 1909 Sanborn, in a two-story commercial building that was then fairly new. The building dated to sometime between 1899 and 1903, when it appears on the map as a drug store.

This was likely a hasty conversion to take advantage of the new craze. Even with no competition in the movie market, this was a short-lived operation, and the 1914 map shows the telephone exchange located there.

The building remains on the 1924 map, but this section of the block was demolished to be replaced by the current structure sometime around 1930-40, judging by the architecture.

The address is approximate, since even the ‘newest’ maps use lot numbers rather than addresses for this section of the block.