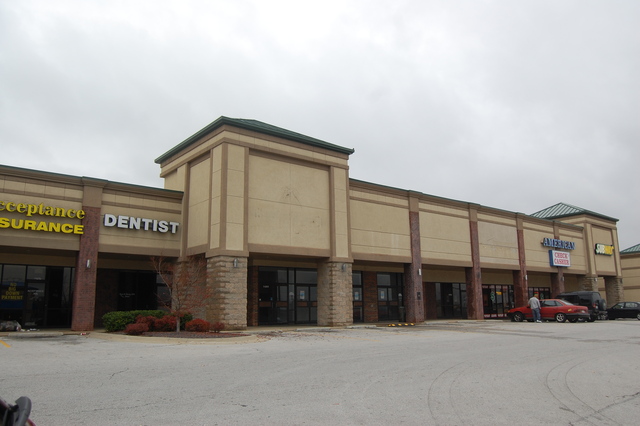 The Town & Country Theatre opened on December 16, 1983 seating 1,586. Operated by Goodrich Quality Theatres. The theatre has a relatively small lobby with the box office located just inside the doors facing the concession stand. The concession area is built in a alcove with what looks like a hand painted rainbow around it. Don’t understand the significance. The auditoriums though rather spacious are really drab. The draperies that line the walls are supposed to be red but look like they were put through a washing machine and faded out. Stereo sound in each auditorium. It had closed in December 2002 and converted into retail use.

status needs to be changed to -closed

Everybody knows that, but Chucked here hasn’t updated that.

When the T&C 6 opened, it did do rather well, at times out grossing all theaters in Springfield. I was an assistant manager for 2 years, and managed for 1, starting in 84. The reason it would out gross some theaters was due to the interlocking capabilities of the theater. We could run the same movie in 2 auditoriums at once. I remember many weekends with sell out crowds, and I remember a couple Christmas’s where we sold out all 6 auditoriums. It started losing business in the late 80’s. As far as 70mm films in Springfield, the only theater that did show them was the Century 21 (single screen). They played very few. I watched Indiana Jones and the Temple of Doom, Aliens, and possibly one other but can’t remember which. The equipment was moved to the Springfield 8, but they never played any 70mm films.

Pictures of this theatre and the rainbow concession stand can
be found here http://www.cinematour.com/tour.php?db=us&id=1157

Status should be closed. Converted to retail.

I worked at the Town & Country Theater from 1988-1990. I had fun working there. We had all the big movies and it was always busy. The biggest memory Ii had was when there was a rep from Ne Line Cinema out at the theater when Nightmare on Elm Street 4 came out and they where judging by the audience to see if they where going to make number 5.

“The Rocketeer” was presented at the Town & Country beginning on Friday June 21, 1991 (the film’s nationwide release date).