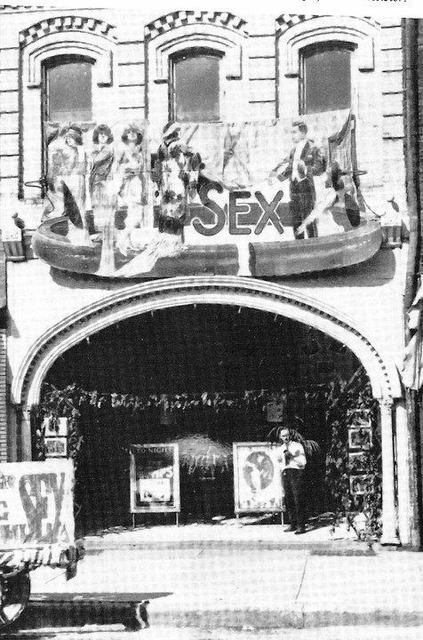 The Gem Theatre opened in downtown Keokuk as part of the celebration of Street Fair Week at 323 Main Street, on September 29, 1909. Admission was a nickel on opening day. But Frank Samsone soon took over the modest nickelodeon and designed a refresh in the space which would become the Colonial Theatre. He sloped the tile floor and created what the local newspaper called the “beauty spot” of theatres that rivaled those found in New York and Chicago. While this was hyperbole, the Colonial Theatre was considered to be the second leading movie house in Keokuk when it launched on December 23, 1909 competing against Dodge’s Theatre.

The Colonial Theatre’s opening fare consisted of the latest motion pictures, illustrated songs, and an opening address by Iowa State Senator E.P. McManus. In 1917, the theatre was having a rent dispute with its landlord and went out of business with Samsone leaving the venue. After sitting inactive, it relaunched after a refresh by Martin & Savage as the New Colonial Theatre on July 7, 1919 with Nazimova’s “Out of the Fog". H.F. Hagedorn was the Colonial Theatre’s manager.

In 1922, Baker-Dodge Theatres Circuit took on the venue to create a local monopoly in Keokuk film exhibition. The circuit appears to have closed the Colonial Theatre permanently at the end of its second ten-year lease in 1929 not making the conversion to sound. It was repurposed for other retail uses. It was later demolished.