Leeds Center for the Arts

Leeds Center for the Arts (Official) 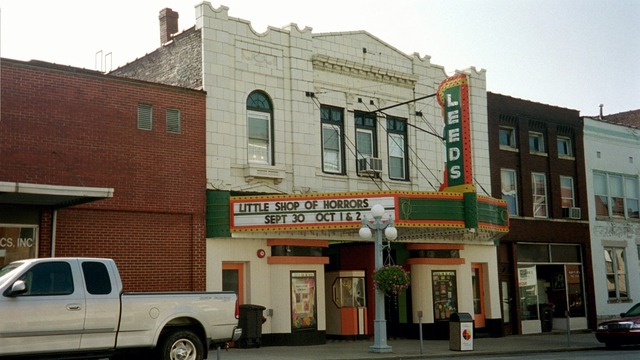 The Leeds Theatre opened in 1925, in downtown Winchester, named in a contest after its owner, S.D. Lee (by moving around the letters of his name). It was one one of the earliest buildings in Winchester to have air-conditioning. By 1950 it was operated by Chakeres Theaters Inc. The Leeds Theatre operated as one of the city’s four movie houses until 1986 when it closed, due to a decline in both attendance and the general upkeep of the theater.

Soon after the Leeds' closing, the Winchester Council for the Arts was formed with the goal of bringing the performing arts to Winchester and restoring the old theater to its original appearance. After four years of fundraising, the WCA did purchase the Leeds Theatre and restore and renovate it for over $1.5 million.

It was reopened in 1990 as the Leeds Center for the Arts. New lighting and sound equipment was installed, a new and larger stage was built, and the interior was painted to replicate the original color scheme of 1925. The stunning Art Deco marquee with its rainbow colors was relit and has ever since welcomed visitors coming to see the plays, musicals, concerts and other various performing arts events which the theater hosts. Classic movies are screened on the third Sunday over every month.

The Leeds Theatre was featured in a 1998 painting by artist Davis Cone, showing the marquee at night, and can be seen in the 2001 book, “Popcorn Palaces”.