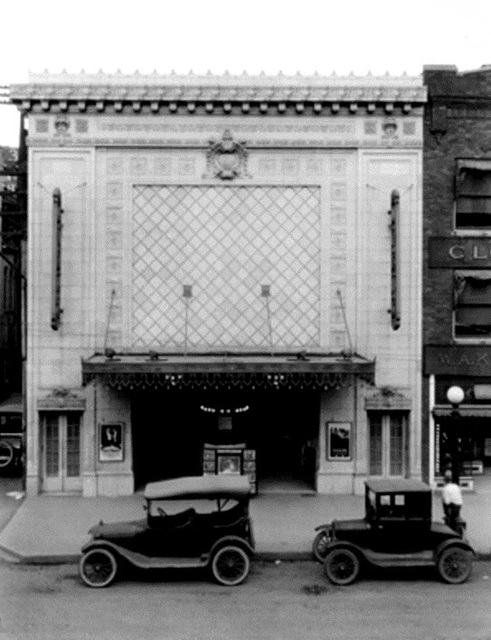 This early Springfield theatre opened in 1909 on 6th Street near the intersection of Monroe Street, as the Vaudette Theatre. It was later renamed the Lyric Theatre after another theatre of that name closed in the mid-1920’s. By the early-1940’s it had been renamed Tivoli Theatre and was operated by the Frisina Amusement Co.

The Tivoli Theatre closed in 1954 and has since been demolished. Today, a new building has been built on the site.

Here is an item from a May 1954 issue of Box Office magazine:

SPRINGFIELD, ILL-The Frisina Amusement Company has closed the doors of its Lyric Theater here and is now removing all equipment. Future plans for the building are indefinite.

Re kenmcintyre’s previous comment: was the name Lyric Theatre restored to this house in its last years, or was there a third Lyric in Springfield, or did Boxoffice just make a mistake?

In any case, this was the Lyric Theatre that was designed by Helmle & Helmle. It’s possible that one or another of the Helmles also designed the first Lyric, across the street (a storefront conversion), as members of the family were among Springfield’s busiest architects during the late 19th-early 20th centuries, but I haven’t found documentation.

Circa October 1950 photo added credit Springfield Rewind Facebook page. WMAY went on the air in October 1950, and their banner is over the street. Errol Flynn’s “Captain Blood” is part of a double feature at the Tivoli.