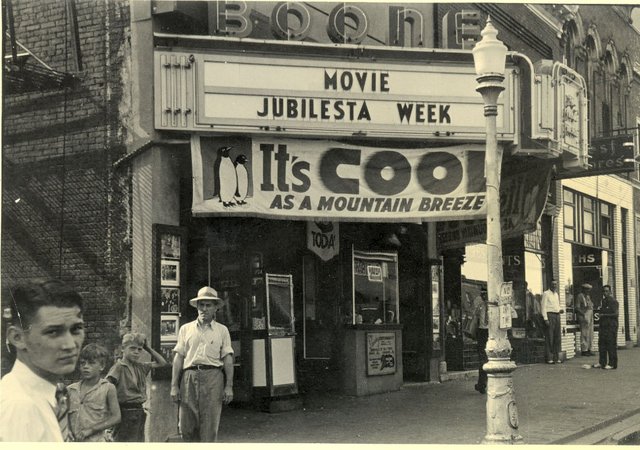 This building was probably last in use as a jewelery store called Best of the West in the early ‘90s. All structures on the west side of the relevant block have been demolished and replaced over the last thirty years with a city parking garage and an annex to city hall.

The January 27, 1939, issue of The Film Daily had the Boone Theatre in Columbia,Missouri, on its “Theatres Planned” list. The projected cost of the 400-seat house was only $10,000. Judging from that, and the photo we have, I suspect that this was an old building being converted into a theater on a low budget. It might even have been an old theater long closed being reopened under a new name. The item said that the architect for the project was named Dick O'Rear.