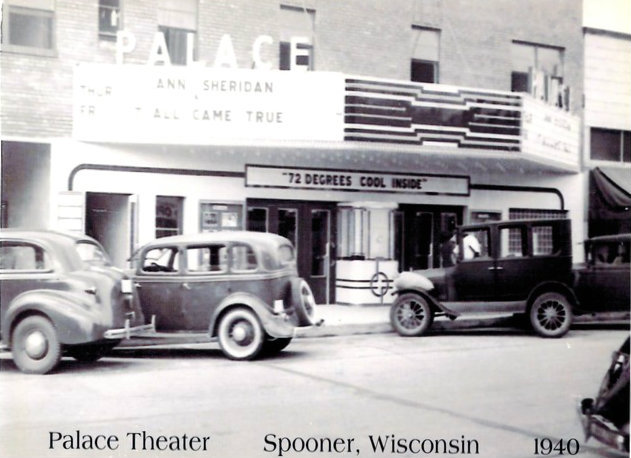 The Palace Theater first opened its doors in 1939 and has been family owned and operated ever since.

Originally, the theater held only one screen. It was a show piece for the latest cinema productions of its time. The passing years brought many updates including a second auditorium and modern seating.

Film exhibition over the past 80 years hadn’t changed much until early 2000s when digital cinema came on to the market. By 2014, 35mm film was becoming obsolete so the theater launched a Kickstarter campaign. The campaign was a success so the theater was able to convert both projectors from 35mm film to digital. The sound and picture quality was dramatically improved and will allow the Palace to continue showing the best of Hollywood, in downtown Spooner, for many years to come!

Final day of performances: March 16th, 2020. It was announced on its Facebook page on June 24th, 2021, they have no plans to reopen. Webshot posted.