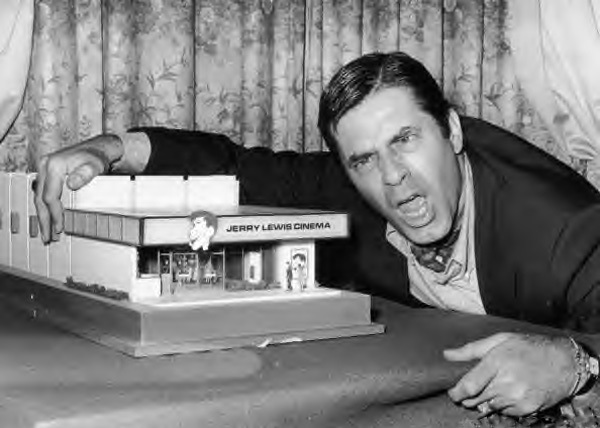 The Jerry Lewis Cinema was opened March 10, 1972 with Jean-Claude Killy in “Snowjob”. By the end of 1972 it had been renamed Highland Cinema. I remember going to this cinema when I was young. The last movie I recall seeing there was “Jaws”. It has since been renovated into office space for local business.

This street view is of the vacant lot where the theater used to be. The Discount Liquors, visible if you pan to the right (West) used to be a mom and pop restaurant that had a sign on the side of the building advertising frog legs!

The empty lot was always there. Pan to the LEFT to see the building that was once the Jerry Lewis Cinema.

I grew up going to this theatre, I actually worked there in 1973-1974, with the late Harold Wolf, who was the manager and projectionist. Harold was the best man. I was the 12-13 yr old usher who every Thursday night changed the marquee out in the parking lot. This was also the first theatre to run all 5 Planet of the Apes movies in one night, sold 500 tickets to a 350 seat theatre. After the Jerry Lewis chain went belly-up the theatre was re-named “The Highland Cinema”

This opened on March 10th, 1972 as Jerry Lewis Cinema and became the Highland by the end of the year. Grand opening ad in the photo section.