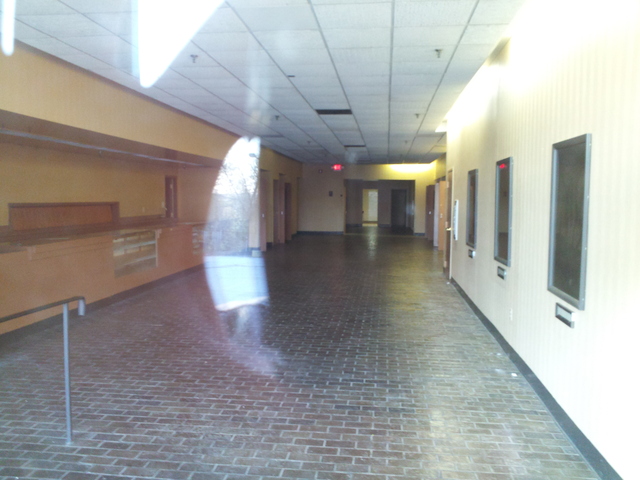 This five-plex was opened in 1982 by National Theatre Corporation, then became a Regal Cinema after Regal took over National. The theatre closed in 2000 shortly after Cinemark opened its 24-plex on nearby Canal Road. Regal tried showing sub-run fare after the Cinemark opened, but ended up closing the Garfield Mall Movies on January 21, 2001.

Typical “shoe-box” design typical of the 70s and 80s. Nothing fancy. Ballantyne 35 projection. Not all screens had stereo. The theatres were not “kept up” making it easy for the competition on Canal Road to steal their audience.

The entrance to this theater was behind the shopping center. It was best to enter from hathaway and drive behind Marcs where the Garfield Mall Movies sign pointed you in the direction where you would eventually find the parking lot and the box office. I was only there once in the late 1990’s and it was really dumpy by that point. It was the best decision to close this theater because Cinemark Valley View is the biggest and best theater in town with all stadium seating, where the larger theaters feature leather seating in some rows, digital everything, a game room, and a much nicer decor and compare it to a run-down, shoebox design theater where some of the screens did not have stereo, it really didn’t stand a chance. Regal took over National Theatre Corp. around 1994 and with the exception of Severance (Which was torn down and rebuilt as a better Regal), Regal no longer operates any of the theaters they acquired in the NTC buyout because those theaters were dull and dingy.

The church, Word of Righteousness Family Life Center (www.worflc.org), has restored one of the cinemas and shows old fashioned movies, such as romance classics, westerns, and dramas, to the public free of charge. Visit the church website at www.worflc.org for details.