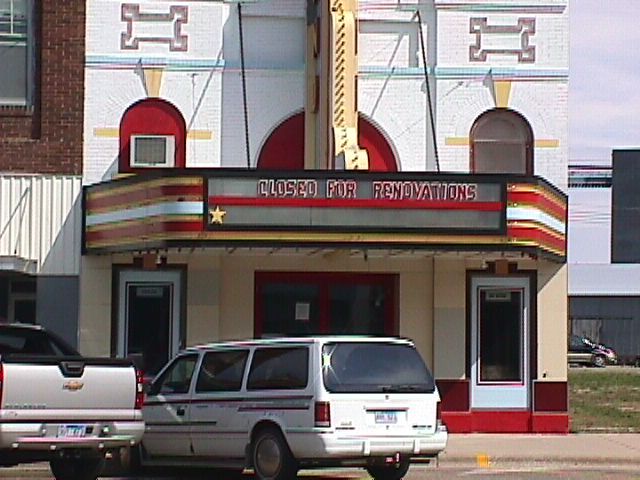 This small, single-screen theater in downtown Britton has the look and feel of an old time movie house.

The Strand Theatre opened in September 27, 1915, but its marquee, with a blade sign spelling out the theater’s name in bright yellow letters on a bold blue background is Art Moderne in appearance. The Strand Theatre still shows first-run films.

“C. C. Baker, owner of the Strand theater, Britton, South Dakota, was seen by me at the convention. Mr. Baker built the Strand theater last year. It seats 300 people, and General Film Company’s service and miscellaneous features comprised of V-L-S-E, World and Fox makes are offered his patrons. The regular program costs 10 cents and the feature program 25 cents. Mr. Baker has the only theater in his home town, which has a population of 1,000 people. He is doing very good business.”

C. C. Baker was mentioned in the July 12, 1913, when he was elected treasurer of the newly-formed Motion Picture Exhibitors League of South Dakota. Theitem didn’t give the name of his theater, but the 1914-1915 American Motion Picture Directory lists Britton with the “Dreamland Theatre and Opera House.”