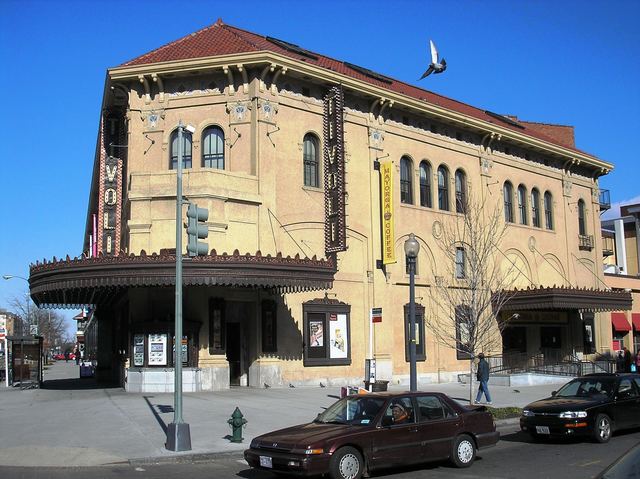 One of the grand old palaces of Washington, DC, the Tivoli Theatre was opened April 4, 1924 with over 2,000 seats. It was built and operated by Crandall Amusement Company. From 1928 it was operated by Warner Bros. Theatres. Operated by District Theaters chain from 1965, it was closed and boarded up in 1976, and was almost saved by a group of local supporters during the late-1970’s.

After over 25 years closure, the Tivoli Theatre has benefited from a revitalization of the Columbia Heights neighborhood that’s now underway

Now reopened in January 2005 as the Gala Hispanic Theatre, a small stage theatre in the former Tivoli Theatre’s balcony, and mixed retail use in the rest of the building.

I have been trying to remember just where this theatre was for years.

In the 50s, I saw House on Haunted Hill, 13 Ghosts, The Tingler there.

All of the above were with the full William Castle props and hoopla including a nurse in the lobby and an ambulance standing by outside.

Not too far away on the other side of 16th Street (towards Conneticut Avenue) was a theatre where I saw South Pacific. On the way to that theatre was one which played Mary Poppins.

About a block away was a 24 hour newstand and a White Tower Hamburger stand.

We moved out of Washington in early 1965 so we did not see the 1965 riots. Though the area was near Georgia Avenue and a lot of buildings were torched.

Out on Connecticut Avenue near the zoo was a theatre which showed Cinerama movies. I saw one or 2 there ( I think it may have been How The West Was Won).

Downtown near the White House was a theatre that played Goldfinger. I was awed by the picture of a two-block long Shirley Eaton and the huge Goldfinger sign.

I also recall the row of strip clubs and theatres near the FBI building and one theatre near the Greyhound Station were we saw the movie Pepe with Cantinflas.

Wow Lost I must have passed by there at least a few dozen times and I never knew it was there.

Does anyone who attended Saturday matinees at the Tivoli in the late 1950s/early 1960s remember the prices of a bag of popcorn and a soda? Thanks!

has anyone seen any photos of the interior of the theatre depicting the Battisi mural painting that are currently undergoing full restoration?

Drove by on Wednesday. The area has a lot of new construction and appears to be prospering as much as is possible in this economy.

I am searching Washington DC theaters as a possible wedding venue but am frustrated by the lack of interior photos fro this theater which, to me, implies that the interior is generic.

Great renovation job on what I used see on a daily basis when I lived on Monroe street NW in the mid to late 90s. It was a neglected relic. I remember seeing stray dogs and rats come out of it.

My first projection booth experience in 1958. I visited the booth and asked the operator what kind of machines the projectors were. He replied “its all Simplex”, to which I answered it look complex to me. I had been told that one wall of the booth had window so patrons could look in. The operator said that had been many years before.